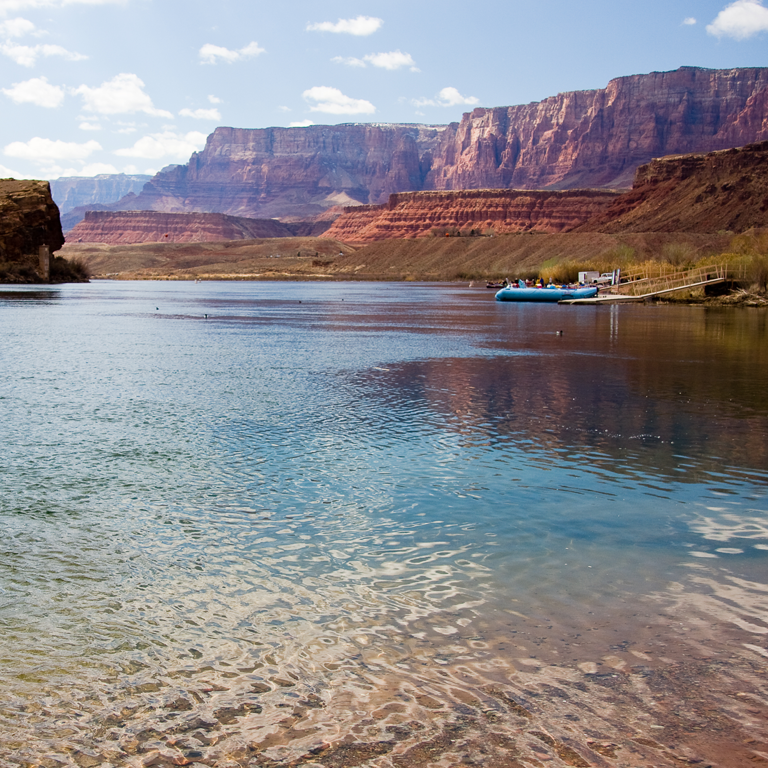 Horseshoe Bend is a dramatic example of a geological combination of a canyon and a river bend.

First, a traditional meander was formed as faster moving water eroded the wider or outer part of the river and then deposited the silt on the inside of the river. Over time, this gradual cycle of erosion and deposition bent the river’s path to form a “meander.” It is what happens when water takes the path of least resistance.

Theories for the presence of “meanders” include random obstacles altering the path of the river, and the idea that the meander “equilibrates” the river to prevent too much sediment build-up in one place.

Geologists tell us that after the horseshoe formed, the shifting of tectonic plates under the earth’s crust some 75,000,000 years ago caused an uplifting of the Colorado River thousands of feet above sea level. Since gravity forces water to take the steepest path downward, the river’s momentum quickly and forcefully carved a path through the rock. The result is remarkable exposed layers of rock and the steep cliff faces plunging 1,000 feet to the river bed.

It is hard to miss the colorful bluffs, mesas, buttes, and canyons that dominate the landscape. Glen Canyon National Recreation Area lies in the middle of the Colorado Plateau, which spans 130,000 square miles of Utah, Arizona, Colorado, and New Mexico, an area that can be characterized by its high elevation and arid to semi-arid climate. Take some time to explore this vast landscape, and you will find cryptobiotic soil crusts, lush hanging gardens, and traces of dinosaurs that roamed this area millions of years ago during the Mesozoic Era.

The environmental processes such as climate change, fire regime, weather, and geological processes that shaped the Colorado Plateau are recorded in rock formations, which are the storytellers of the region’s history. 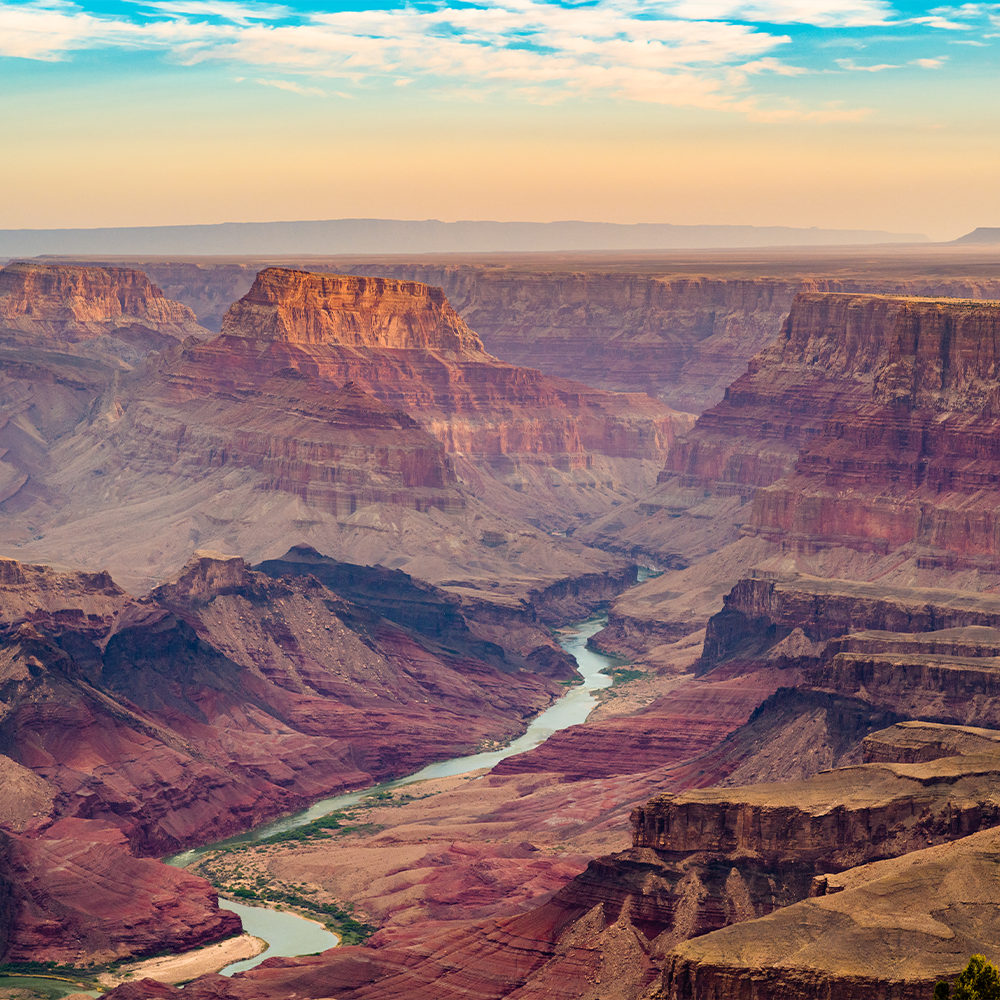 Canyons carved out by the Colorado River and its tributaries expose rock layers deposited on top of each other over time; the youngest rocks at the top and the oldest at the bottom. These rock layers reveal fossils and traces of past life forms, principally from the Mesozoic Era, 248 to 65 million years ago. Fossils preserved in the rocks of Glen Canyon National Recreation Area are evidence of the life and changes that occurred during the Mesozoic Era and add to our understanding of biodiversity and evolutionary history. Natural erosion, flash floods which accelerate erosion, illegal collection, and vandalism threaten the paleontological resources of this region.

The geologic formations of the Colorado Plateau also affect vegetation communities by forming different soils and constraining water flow. Lush hanging gardens cling to vertical cliff walls and are fed by springs which flow down through porous rocks and cracks, until the water reaches a less permeable layer of rock when it begins to move sideways. The water may eventually reach the walls of a canyon where it seeps out of the rock and flows down, allowing plants to grow directly on the cliff face and on the ground around the seep. Though hanging gardens cover less than 0.1% of Glen Canyon’s 1.2 million acres, they are especially biologically diverse and support at least 10 endemic species, which are unique to the Glen Canyon area.

There are numerous books and videos detailing both the biology and geology of Glen Canyon and the entire Colorado Plateau along with easy-to-understand online information from our National Park Service.

Aren’t you glad you asked?