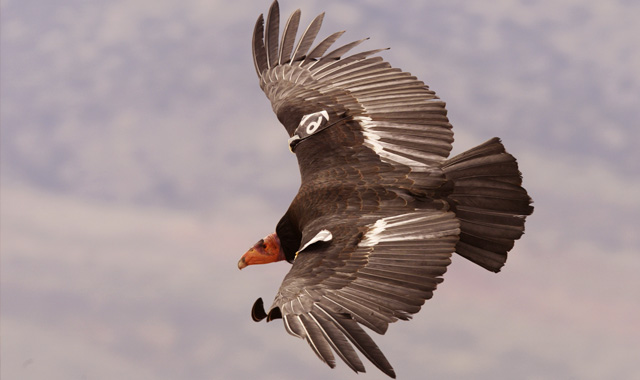 Revered as one of the rarest birds in the world, the California Condor was placed on the Federal Endangered Species list in 1967. Since then, the world population has increased to more than 400 condors around the world.

And you can see about 80 of them around Lees Ferry.

Part of a reintroduction project to attempt to boost the wild population, we currently have more wild condors in the Marble Canyon and Lees Ferry area than anywhere else in the world.

As the largest wild bird in North America, the condors can reach wingspans of 9 1/2 feet. With exceptionally keen eyesight, the condors normally nest in caves on cliff faces up to 6,000 feet in elevation.
Book NowCall: 928-355-2211